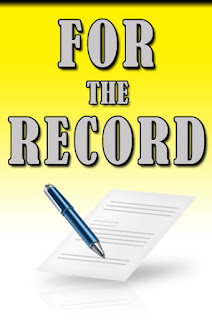 ...A Couple of Temperature Records Set in North Jackson over the Last 24 Hours...

The low temperature at the North Jackson Climate Station this morning was 26 degrees.  This establishes a new record for November 1st.  The previous record was 29 degrees set in 2012.

In addition the high on Thursday, October 31st was 41 degrees. This establishes a record low maximum temperature for the date.  The previous record was 55 degrees set in 2014.